Let's go to Seil over the grandly named Atlantic bridge This from Wikipedia tells us:

"The Clachan Bridge is a simple, single-arched, hump-backed bridge spanning the Clachan Sound, 13 kilometres southwest of Oban.It links the west coast of the Scottish mainland with the island of Seil. Originally designed by Thomas Telford,[1] and built between 1792 and 1793 by engineer Robert Mylne, the bridge became known as 'The Bridge over the Atlantic'."

OK, this picture does show a certain amount of Tobacco grad filter abuse. I have stopped using in these days. Honestly. 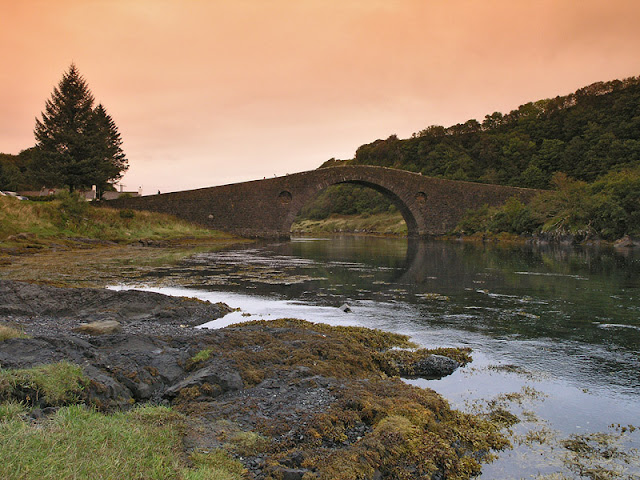 Now if we travel the length of Seil to the bottom left corner, we catch sight of our destination. The incredibly tiny slate island of Easdale. This island and a couple of others like it were major slate exporters a hundred years ago. Here is what remains of the jetty.. 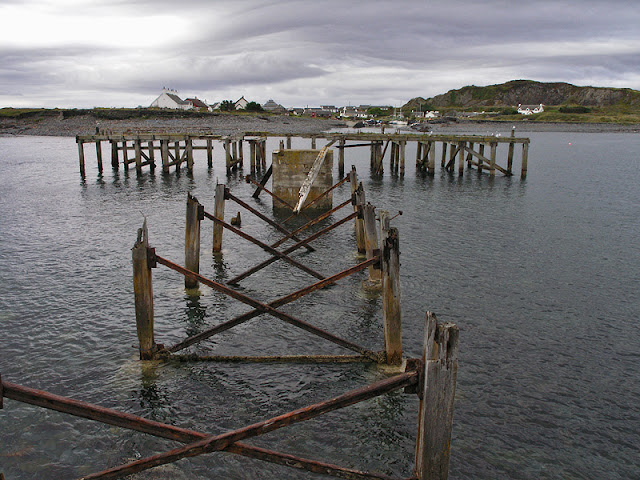 Next we catch the ferry across the hundred yard stretch of water to Easdale. This takes all of 45 seconds, and you may share the experience with a couple of bags of coal and someone's shopping. On the other side you find yourself in The Land of Wheelbarrows. 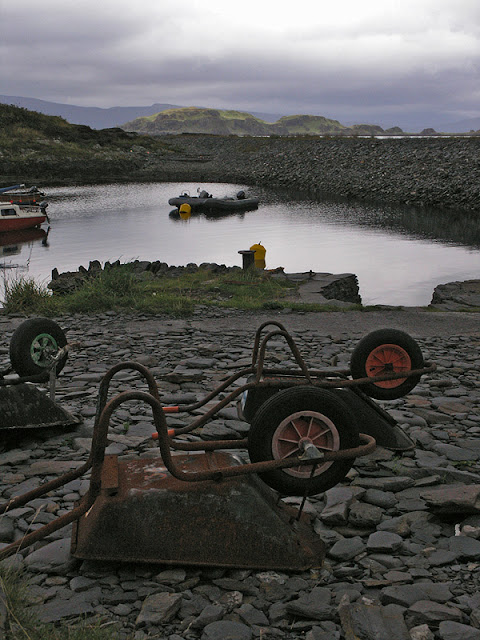 Each house has a wheelbarrow, and that is how the shopping is moved from jetty to home. This is because there are no roads on Easdale (its far to small to need them) and what roads you find are made (predictably) of slate. I suppose its no good to drive on, the ferry only takes foot passengers, so how would you get a car across, and you can walk round the island in 5 minutes. Its a great place! BTW, this is a prime example of a wide angle lens being used to emphasise a point.

Here, finally is what all the fuss is about. Its one of many slate quarries on the island. They hollowed the place out and went well below sea level in search of slate. Eventually the market collapsed and the quarries filled with water.

The are now used for the annual stone skimming championships - for which you need small flat stones.... 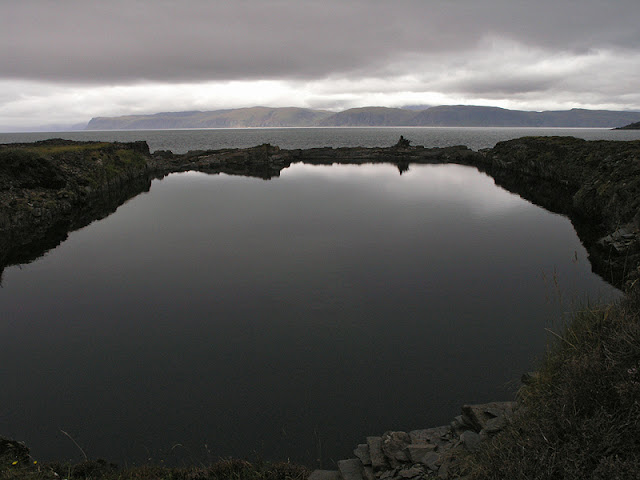 Now, starting at the edge of the world, I leave you to make your way back to the mainland :-)