Not just any old Bert, we're talking about Westonbirt here...

Westonbirt Arboretum is what you get when you put a load of fancy trees together. Its a bit like a designer forest.

I paid it a visit early one Sunday in October a few years back.  I wanted to get there early to catch the golden hour when the sun is low. They directed me to a parking field and popped my old 911* in the corner, paid my entry fee and followed the other half dozen folks into a fantastic riot of colour. 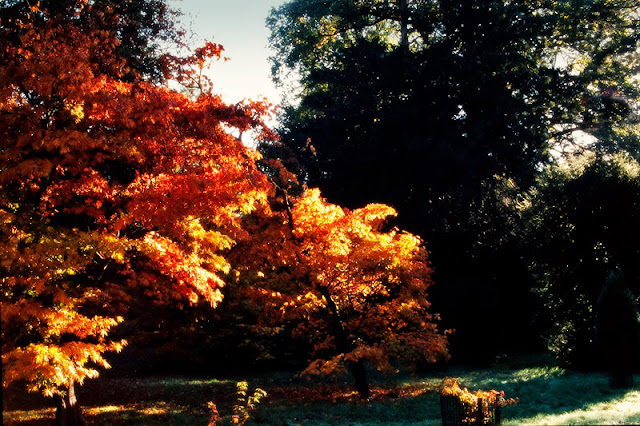 This was a first outing for my new Manfrotto tripod. This is a Big Tripod with large tubular aluminium legs, a proper rising column and support stays. I have this theory, you see. If you want people to take you seriously as a photographer, don't get a bigger camera, get a Bigger Tripod... 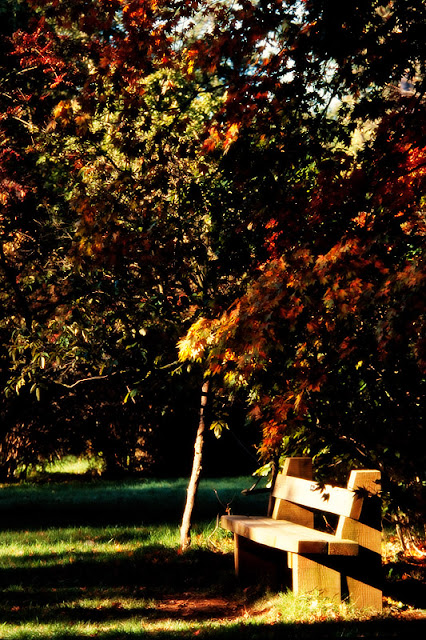 I have to admit the era of the hard core tripod didn't last long. The thing is a solid as a rock and beautifully made, but it's so heavy it now only leaves the house on special occasions such as my Annual summer sunrise trip*.

I don't use a tripod as much as I should, so take my example as a lesson. There's a saying "Never buy a tripod that is heavier than your wife will carry" 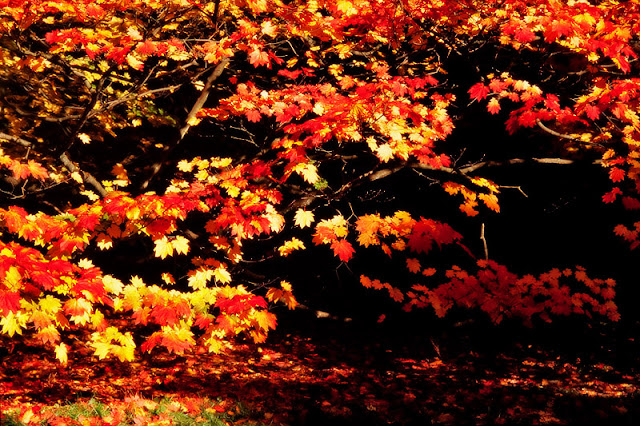 So, at the end of an hour walking the grounds with my Nikon FE2 and the Manfrotto I had collected a roll of Provia with some really extreme colours on it. (The pictures here have been lightly processed with the Orton sandwich method to add a certain abstraction). When I got back to the car park I discovered the car park was full to overflowing and it was getting quite difficult to get shots of trees with no people in the way.

So there you go, Weston Bert... (no relation to Weston Master V)