Aaah, the P+S camera. The Point and Shoot camera, that is. Much derided and scorned by real photographers. I keep one in the car. It's an early Olympus fixed lens item, three megapixels, from 2004. It was £120 new but you get them on ebay for ten pounds or less.

However it still takes great pictures, in it's own way. So, driving to a job first thing yesterday I was much impressed by the clear blue sky and the sunrise, so I grabbed a sequence of shots out of the car window. Aperture: f2.8 to f6. Speed, about seventy miles an hour. 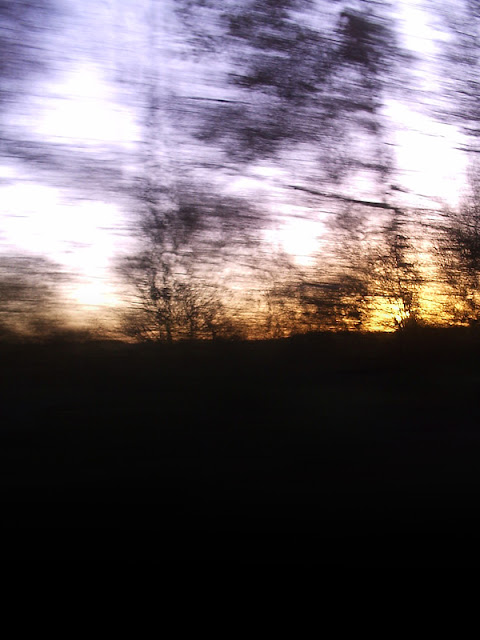 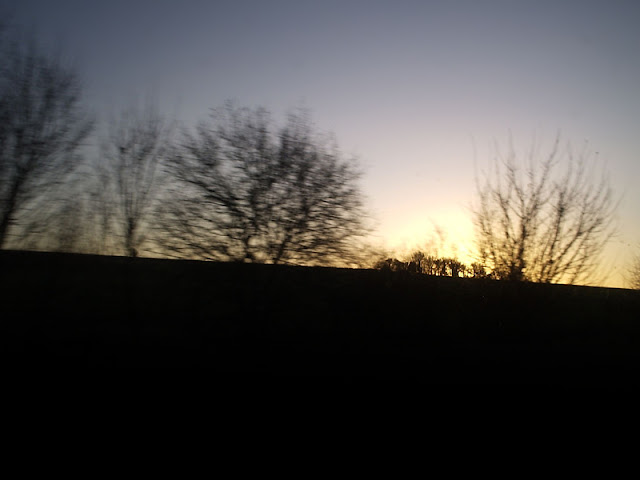 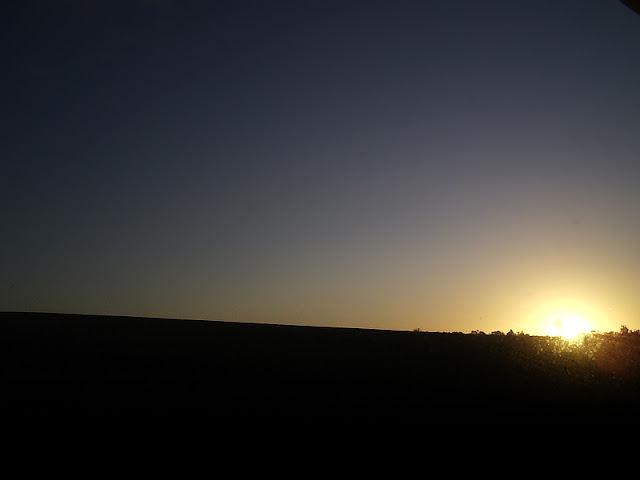