Here's a page of my cars, past and present. I suspect this will bring back some memories..

It's 1972 and here is my Morris Oxford. Slow, poor on petrol and unreliable. A veritable student car. Notice the hole in the bumper for a starting handle: Believe it or not I had to hand crank the 1622cc engine in the winter because the battery was so weak. 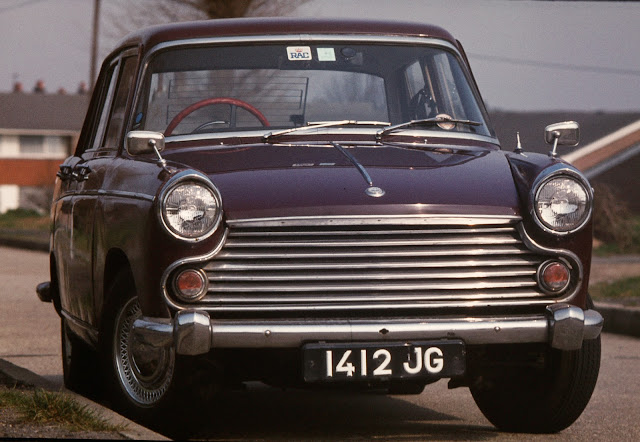 1975. A Morris 1300 Traveller. Fairly slow and fairly unreliable. I had the engine tweaked with Cooper pistons which made it faster and more unreliable. At the time (and compared to the Oxford) I thought it handled quite well. 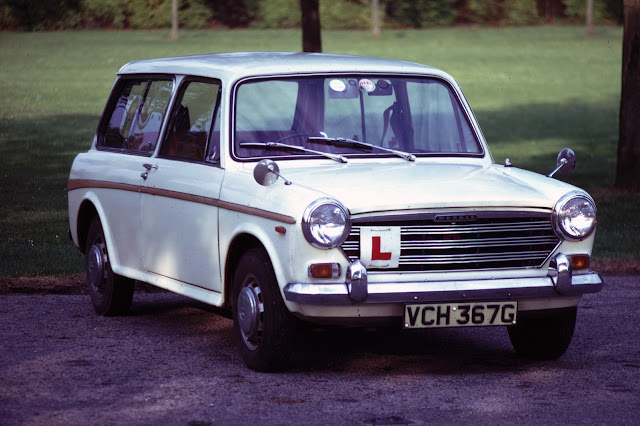 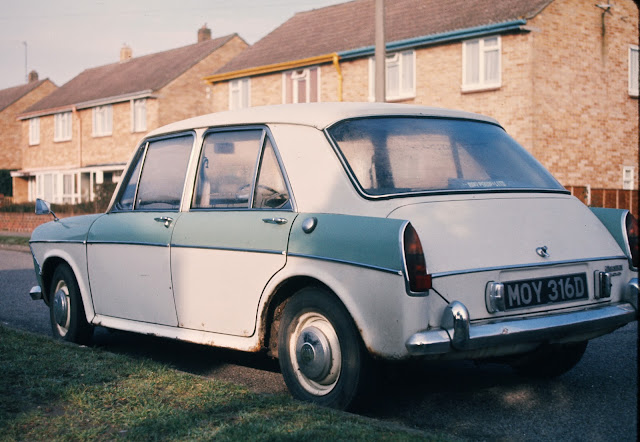 1979. A Fiat 124 sport. This was almost a proper sports car, with a 5 speed box, disk brakes all round and wuite pretty styling.  And behind it is a Fiat 124 ST saloon. That was a sort of twin cam Lada. I had three of them over the years. They were fairly fast and very very cheap. According to the web, there's only one of those left registered and on the road in 2012... 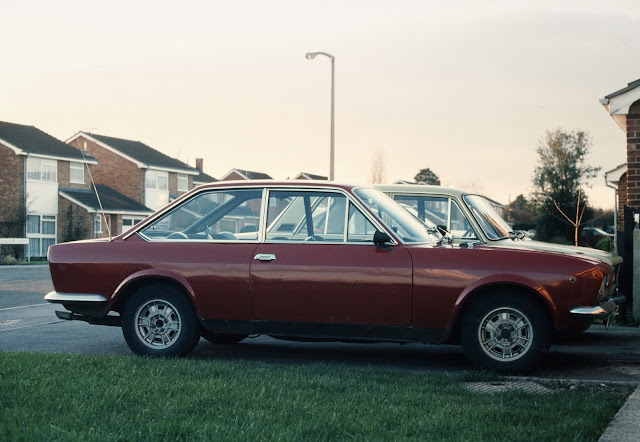 1980 to 1986: In this gap you have to imagine no less than five Alfa Romeos, two Alfasuds, two Alfettas and a Bertone GTV 1750.  The GTV was a terrible dog and no pictures survive, but here's the Alfetta. I changed the 1600 twin cam to a 2L which caused more problems that it solved. 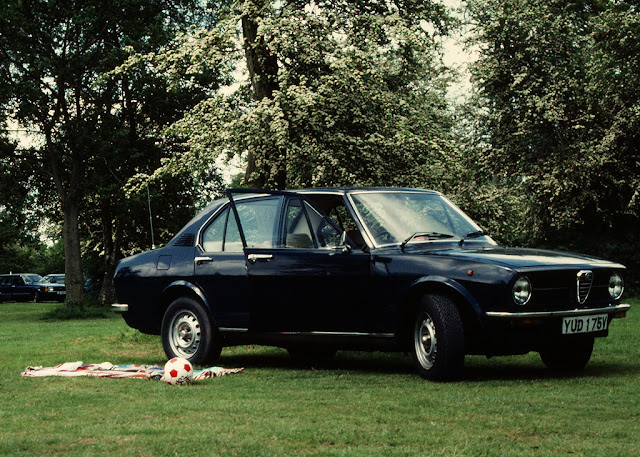 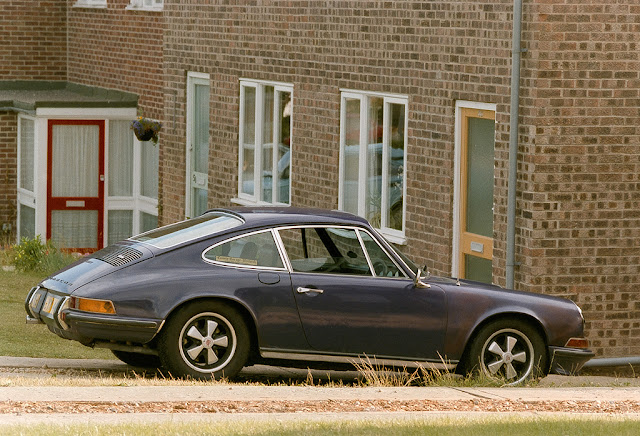 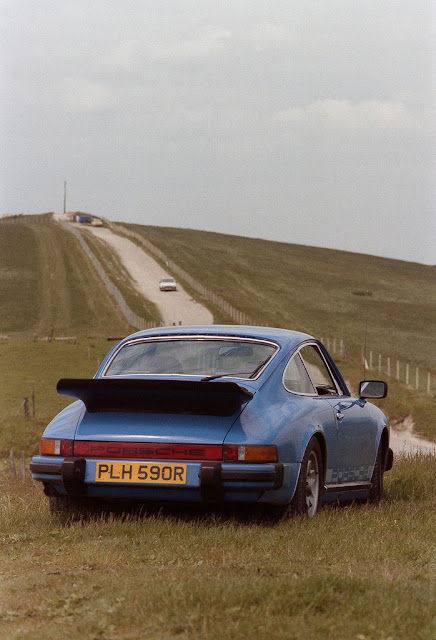 After 7 years I sold it for peanuts. Rumour has it that it appeared on the old Top Gear once. 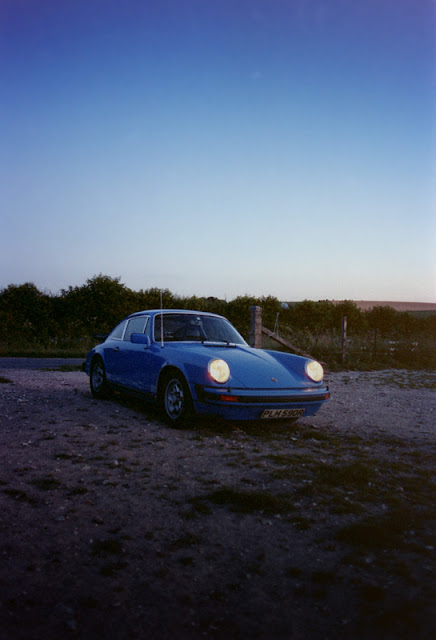 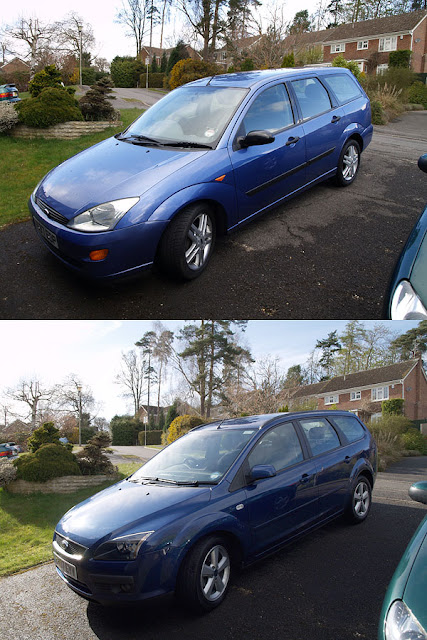 Almost up to date: Our Ford Fiesta 1.6 Titanium. This has every possible extra including a USB port.... What a long way from a Morris Oxford with a starting handle 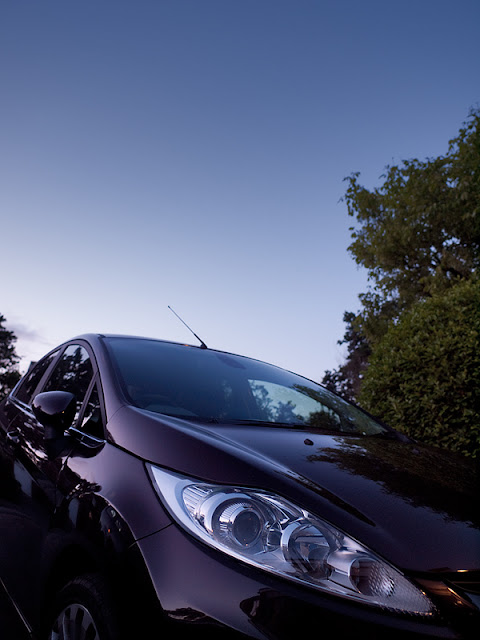 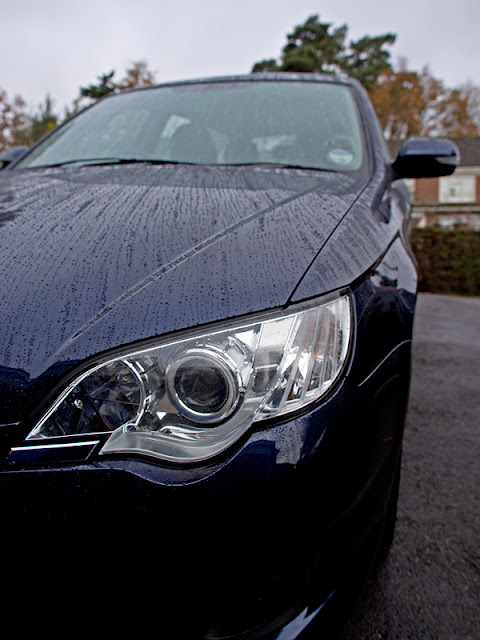