I have spent a year photographing the village where I work through the seasons. This is a selection taken from the three hundred images I have from these wanderings...

The country year starts in September. That's when last years harvest is in, and the fields are ploughed and prepared for new crops. 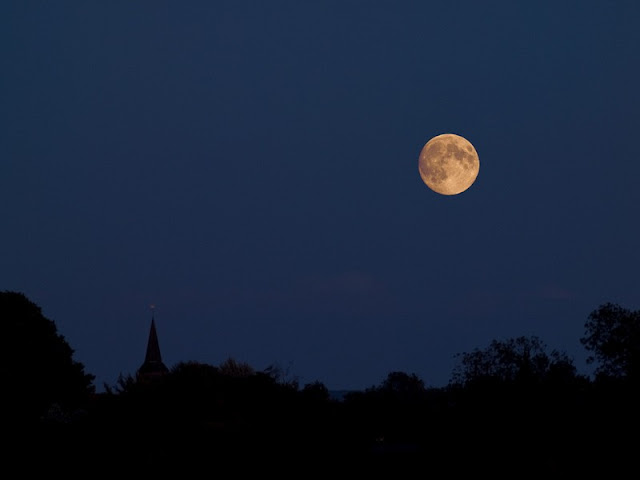 Harvest moon rises over the village church in September. We had to drive against the clock to get to the right location for the moon rising, and in fact we were too late.  Therefore this is an example where two pictures were combined into one, because the moon was too high in the sky for this long shot. It turns out that the two images needed wildly different exposures anyway... 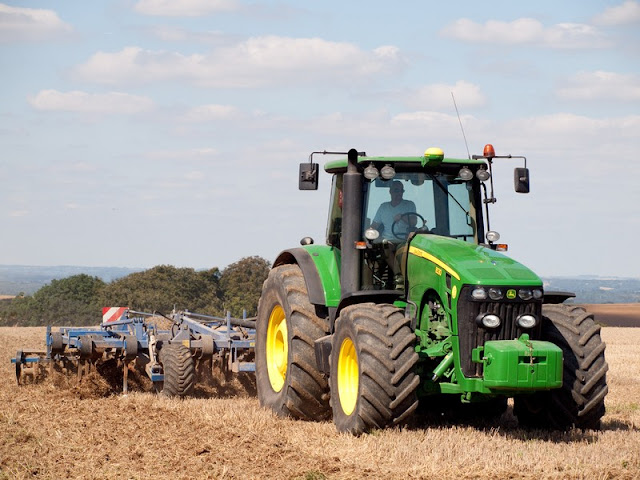 Modern industrial agriculture doesn't stand still. A field left idle doesn't make money, nor does idle agricultural machinery. So in the summer the lanes are filled with contractors moving equipment from place to place. Fields are harvested, ploughed and drilled with seed in a matter of days.

The field for next year's crop is prepared using a spring tyne cultivator. This giant can break up the earth in four meter strips faster than you can run. 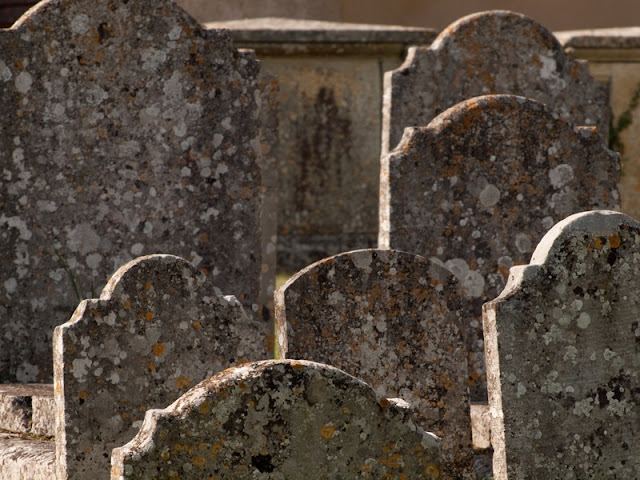 In the graveyard of the Saxon church. The use of gravestones only date from the 17th century so there are more graves here than you think. A thousand year old churchyard like this one may have anything up to ten thousand people buried in it. 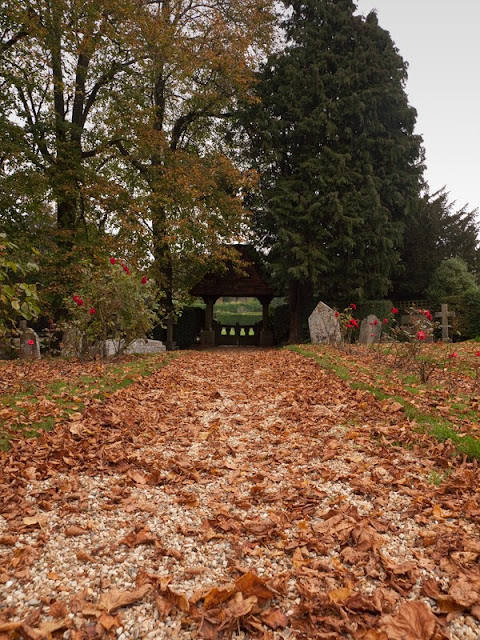 Autumn in the churchyard and the gravel path vanishes under a carpet of leaves for a while before the man with the leaf blower turns up. For a short while the brown dusting transforms the view. 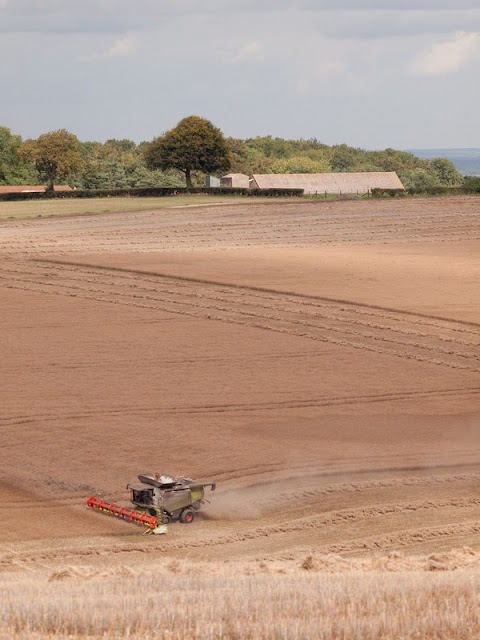 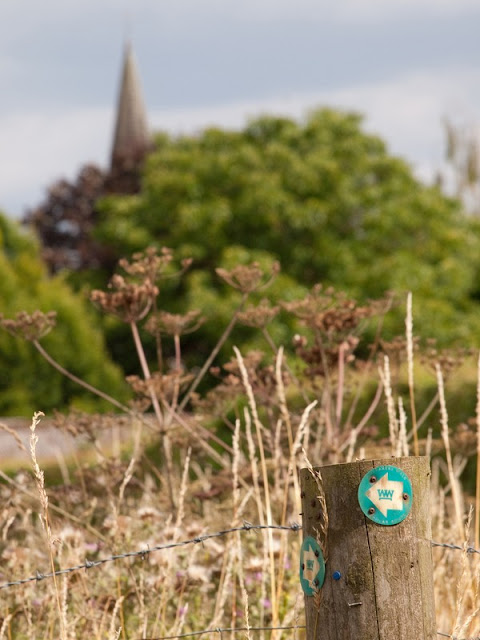 The Wayfarers Way passes the village, and it provides a pleasing lunch stop for many a walker. Some park themselves on the bench on the green with their sandwiches. Some call in the pub for lunch. The unlucky ones turn up on a Monday for lunch at the pub, the one day that it is closed... 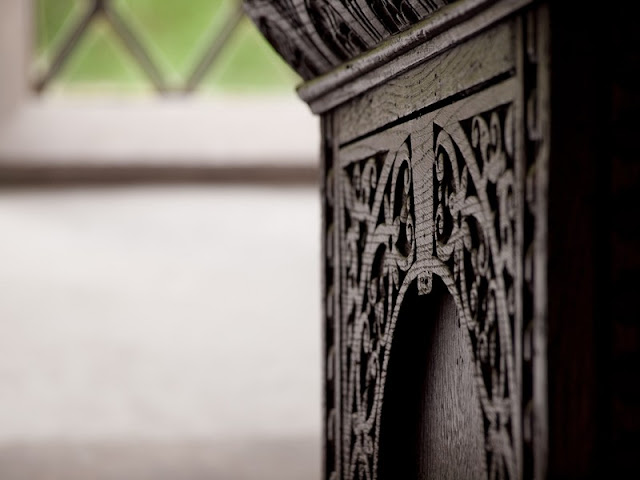 The church pulpit, old wood in an even older building. 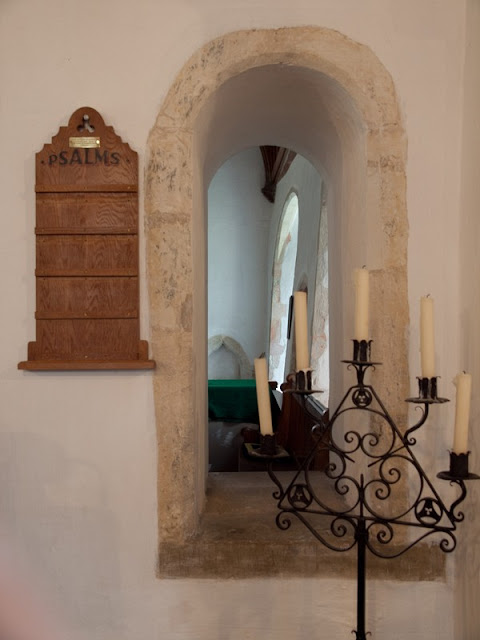 This is apparently a Squint, built so that the local lord of the manor could see the altar without getting out of his seat... 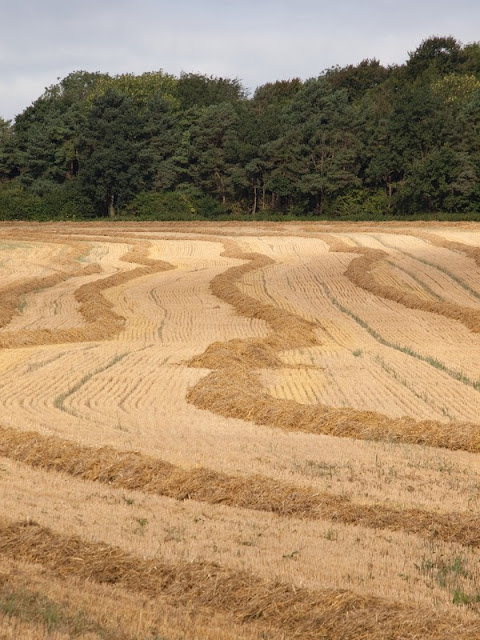 Modern harvesters cut nine meters at a pass. Therefore even large fields get cleared in half a day. Sometimes the baling contractor turns up in the afternoon and there is nothing to see by teatime. 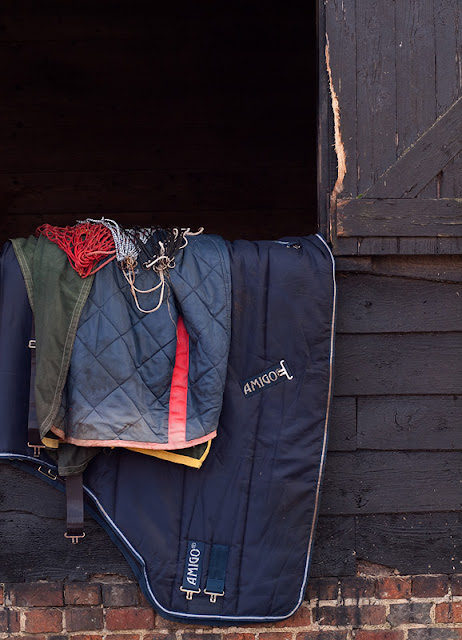 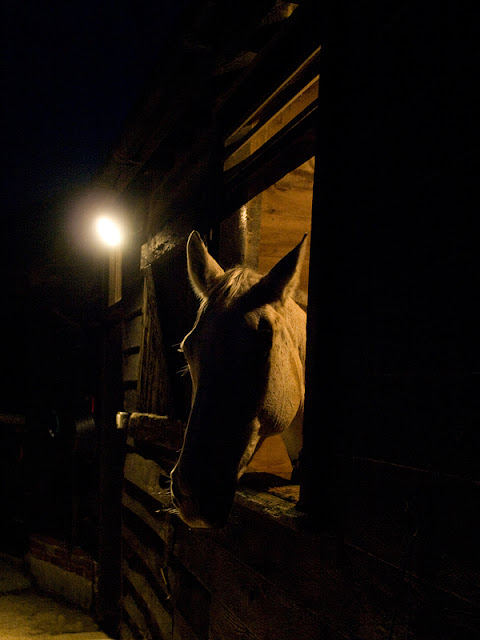 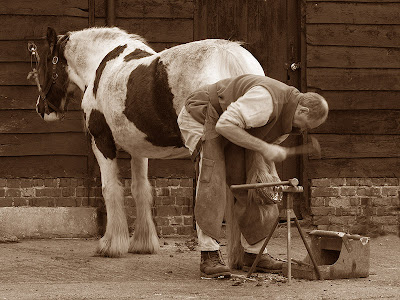 Horses are big around here. (I suppose horses are always big). Anyway, the local mobile Farrier is a frequent visitor to the farm, here he is at work. 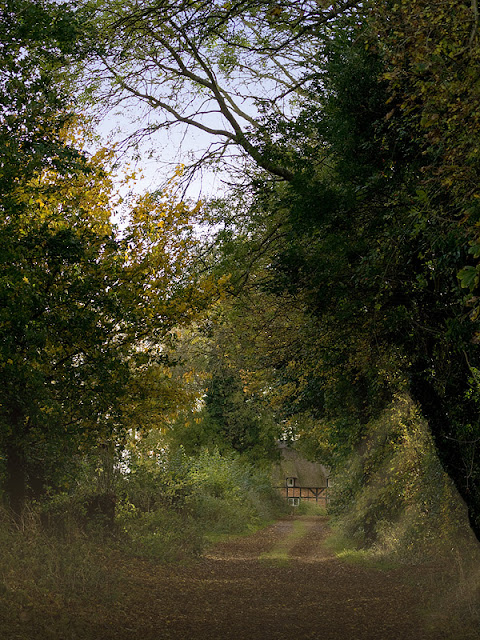 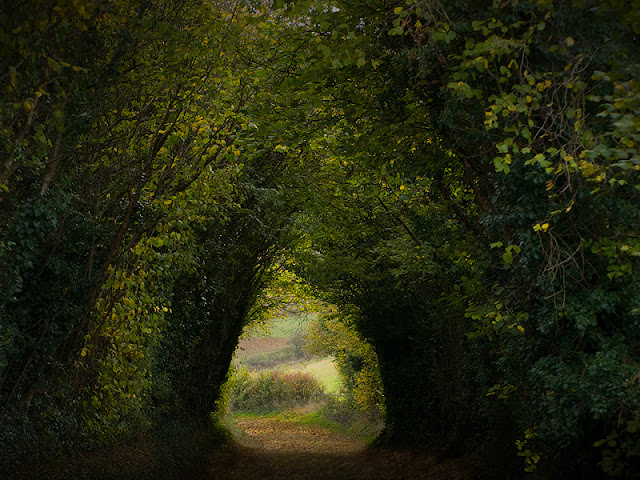 Local lanes: This one looks just like something out of Lord of the Rings. You expect something nasty to ride into view round the corner. 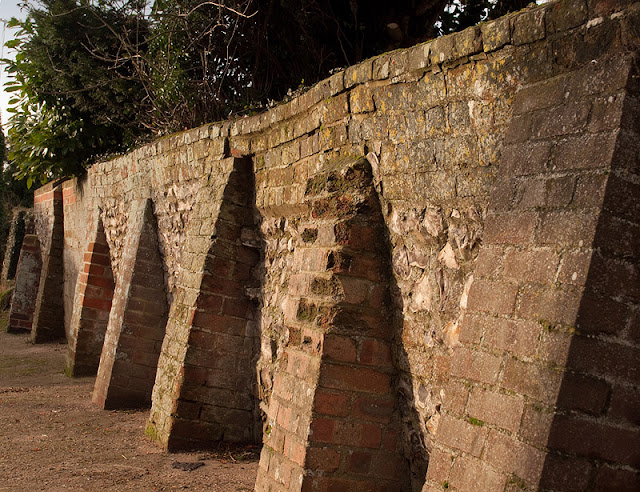 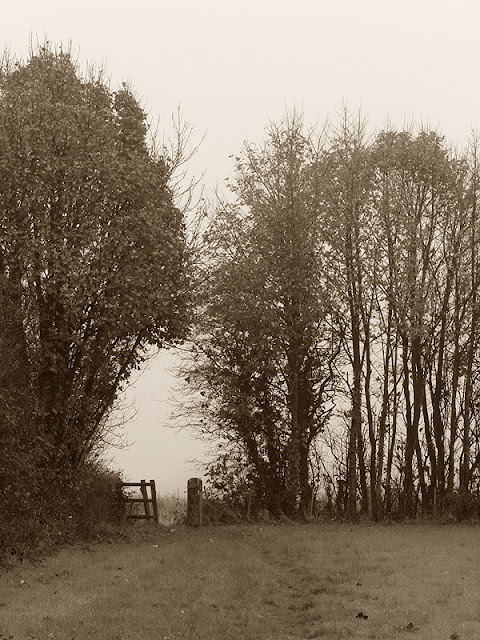 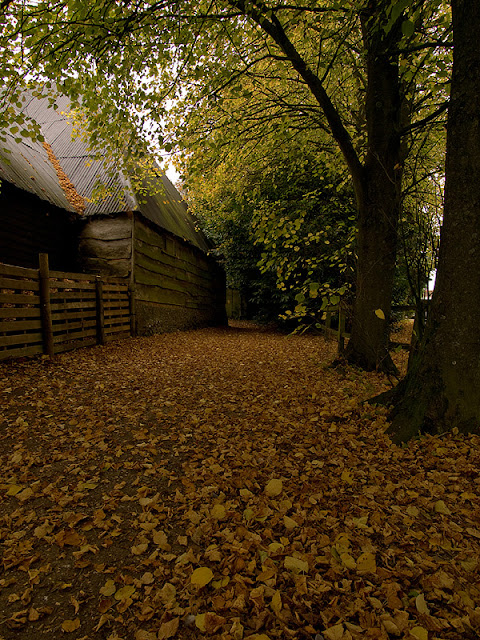 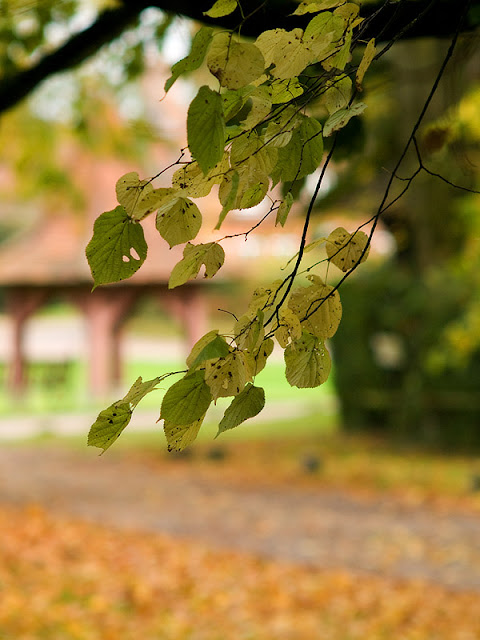 Turning leaves carpet the village footpaths as summer fades to a distant memory. 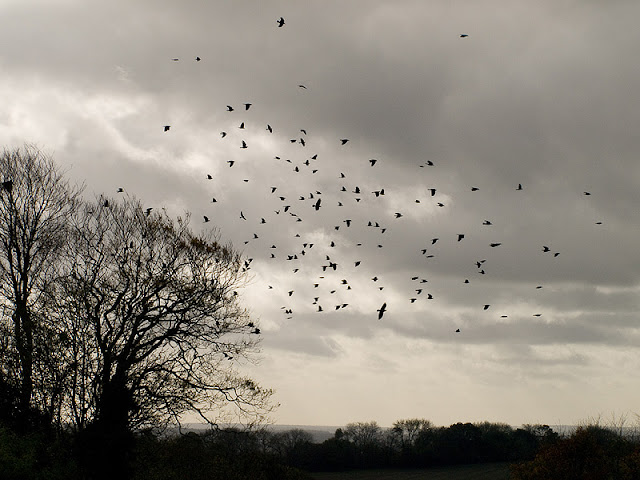 Empty trees and deserted nests in a November sky. 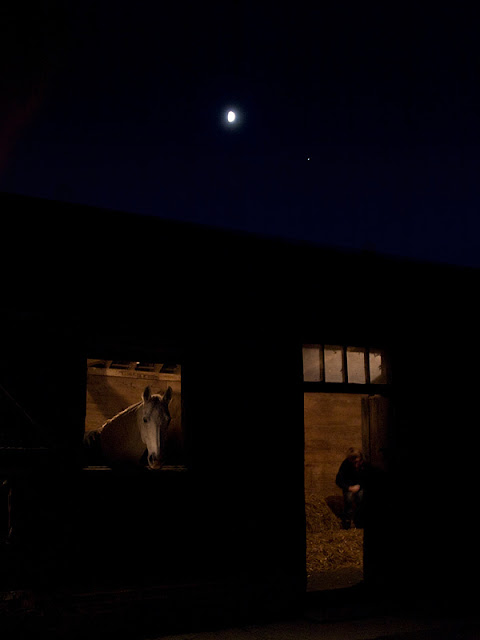 Last task of the day. Clearing out the stables for the night.